On 2-7-1984 Ryan Serhant (nickname: Ryan) was born in Houston, Texas. He made his 20 million dollar fortune with Million Dollar Listing NY. The tv-personality & model his starsign is Cancer and he is now 35 years of age.

Ryan Serhant is a successful real estate broker who has sold over one billion dollars in real estate and was listed among the top 20 real estate brokers by The Real Deal Magazine. He is also a reality television star which earned his popularity in "Million Dollar Listing New York".


Ryan Serhant currently resides at New York City featuring 1,895 square feet with 3 bedrooms, 2.5 bathrooms, home office space and etc. In 2018, he bought a five stories townhouse in Brooklyn which he plans to move in after some renovation work.

Ryan Serhant met Emilia Bechrakis who is a lawyer in 2011. Four years later, he shut down the whole Times Square to propose to Emilia. The couple then got married on the island of Corfu in 2016. 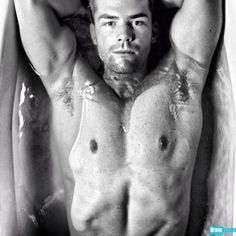